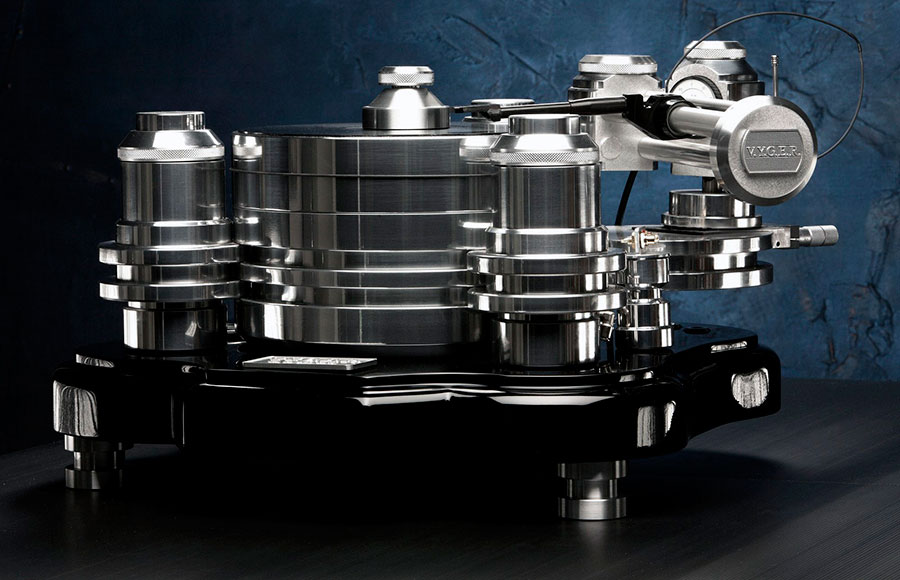 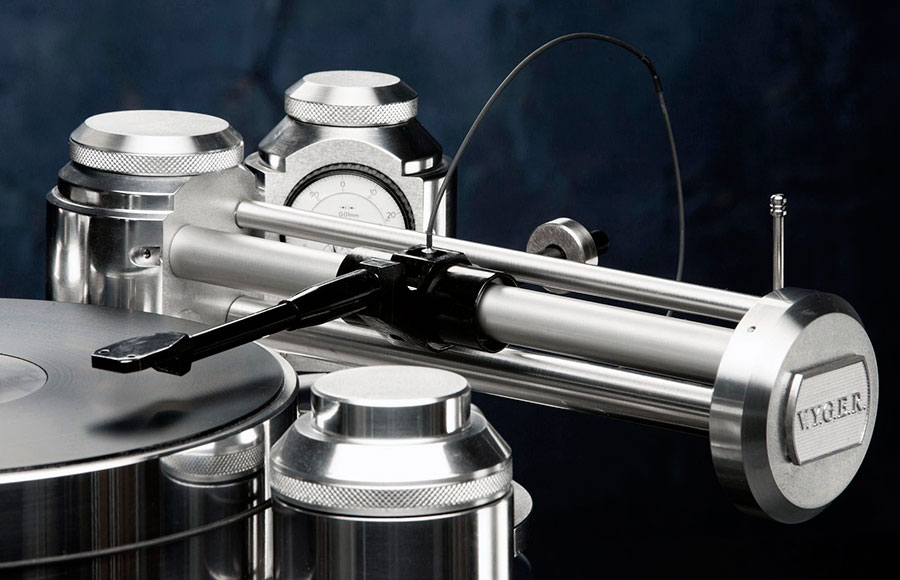 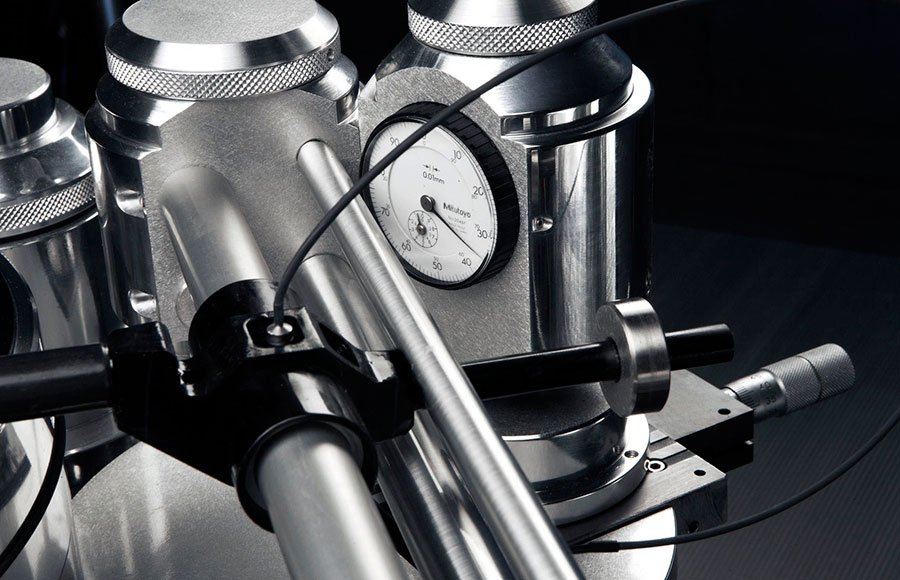 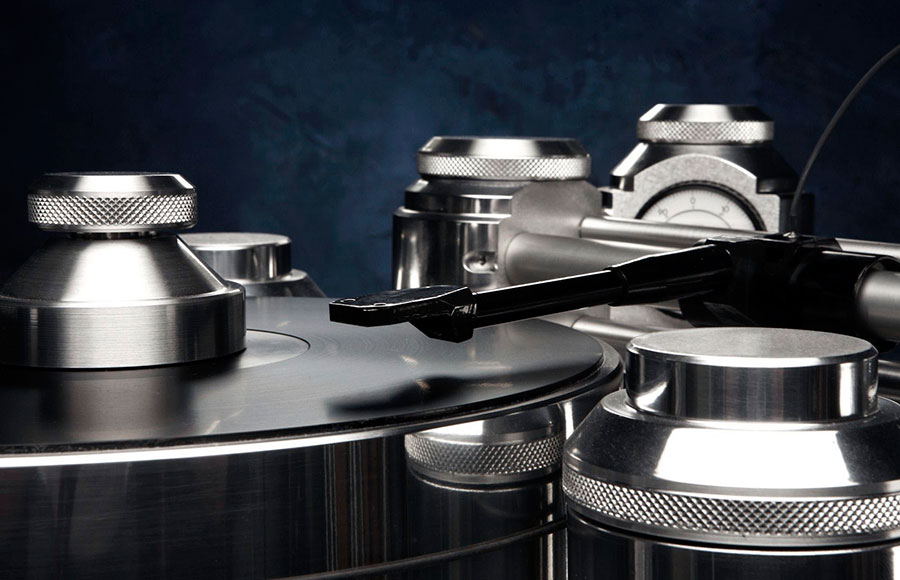 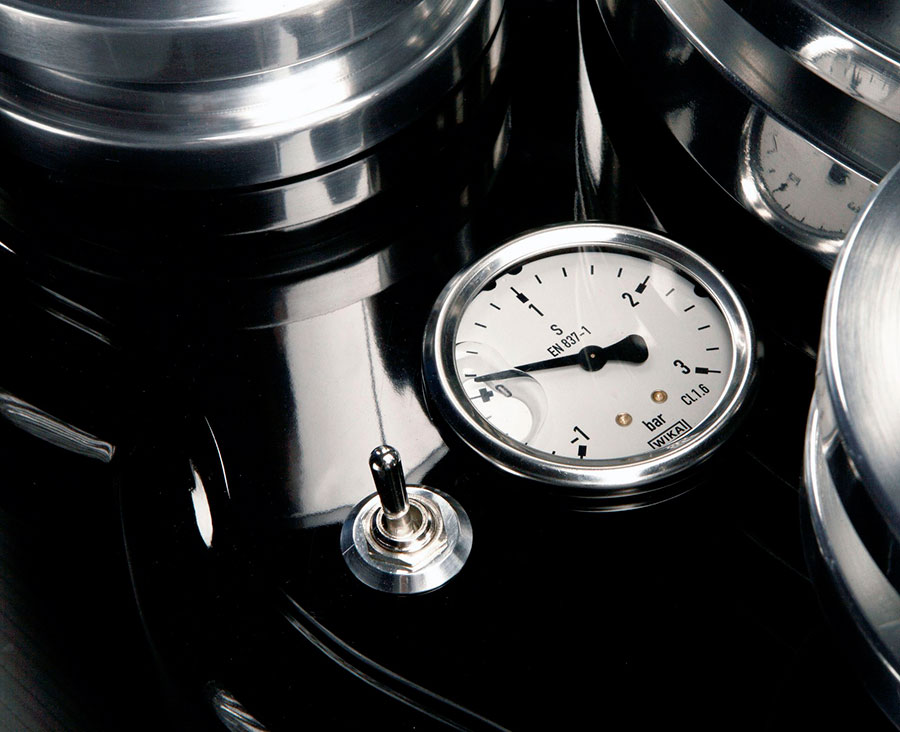 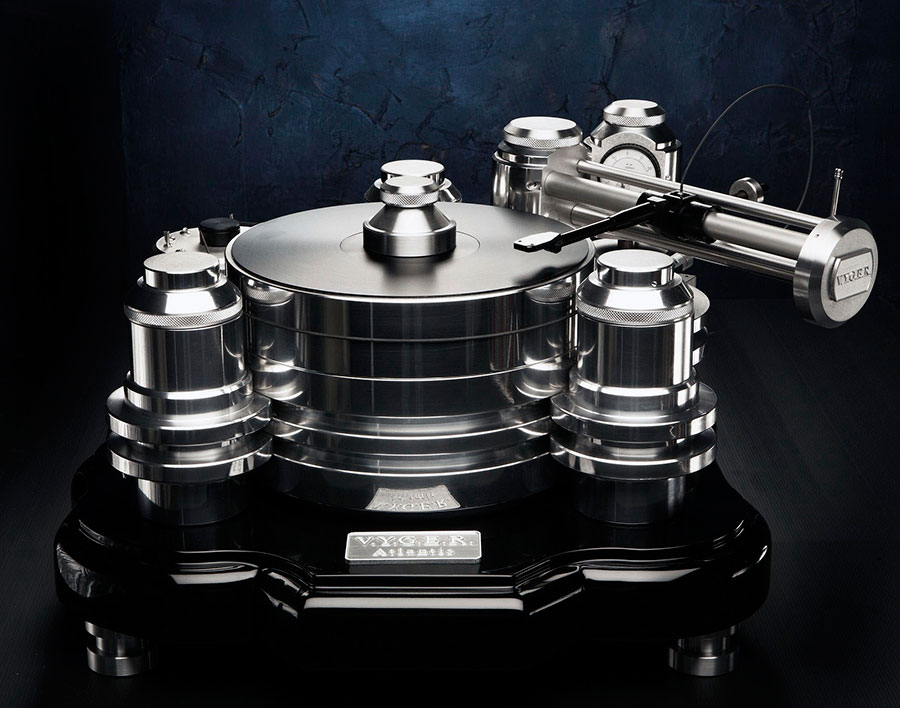 The design and creation of the ATLANTIS turntable is the result of years of experimentation, study and research into the kinematic behaviour of the system as well as extensive listening tests and direct comparision with other world-famous machines. The ATLANTIS was constructed by people who love music.

Many new generation turntables have adopted a system of air suspension in order to eliminate noise and the wear caused by physical contact between the moving parts of the spindle and the thrust bearing, but the platter’s horizontal support mechanism has remained more or less of the traditional type with brass bearings or teflon supports.

The ATLANTIS represents a real step forward in the history of turntable design. For the first time contact between the spindle and the bearing assembly has been completely eliminated. By interposing a fine layer of compressed air between them and replacing the traditional thrust bearing with a vertical air cushion, friction has been almost totally eliminated, further increasing the turntable’s rotational stability and precision as well as drastically suppressing the various forms of vibration present in traditional systems.

The spindle is approximately 40mm in diameter, made of special martensitic stainless steel that has been hardened and stabilised and machined to tolerances of shape and position of less than one micron; the precision of the platter’s radio-axial rotation is approximately 1.5 microns. To date no other front end machine we have compared the ATLANTIS to has achieved results like these.

The suspension system has been designed to achieve natural stability of the subchassis. A complex system of horizontal-vertical anchorage employing 54 special rubber rings has made possible almost total isolation from external vibrations and low sensitivity to acoustic feedback.

A fluid viscous damper controls the lateral oscillations of the turntable and dissipates any remaining spurious vibrations.The suspended mass, including the tonearm, is finely balanced so that the centre of gravity falls at the centre of the platter spindle.

The total weight of the system is more than 70 kilos. The motor is completely isolated from its housing using the same system adopted for the sub-chassis and is manufactured to our specifications.